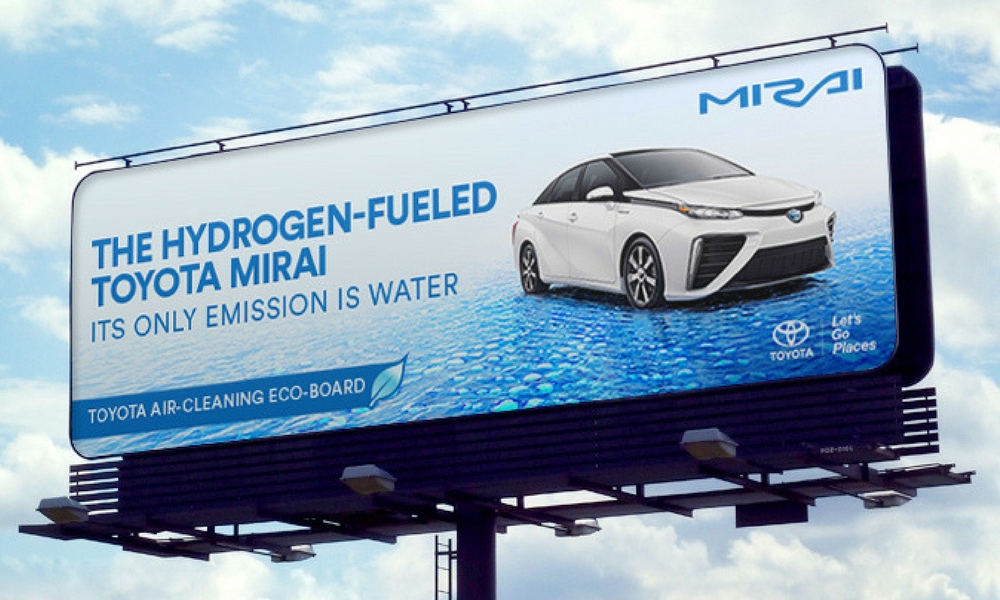 Toyota’s getting creative about promoting the Mirai in California. In what is probably a first, the automaker created a billboard that actually helps clean the air. Of course, that will only last until May 28, when the ad campaign is done.

These billboards essentially act like giant catalytic converters, scrubbing nitrogen dioxide (NOx) from the air. With 37 of them going up around LA and San Francisco, they’ll scrub a surface area of 24,960 square feet. That’s enough to cancel out the NOx output of about 5,285 vehicles each month.

To accomplish all this, the PURETi Group created a titanium dioxide coated vinyl. As air comes into contact with it, the NOx turns into nitrate. The solution is relatively simple and pretty ingenious.

Toyota has also wrapped a Mirai with the titanium dioxide coated vinyl for the first Environmental Medial Association Impact Summit, which was held in Beverly Hills.