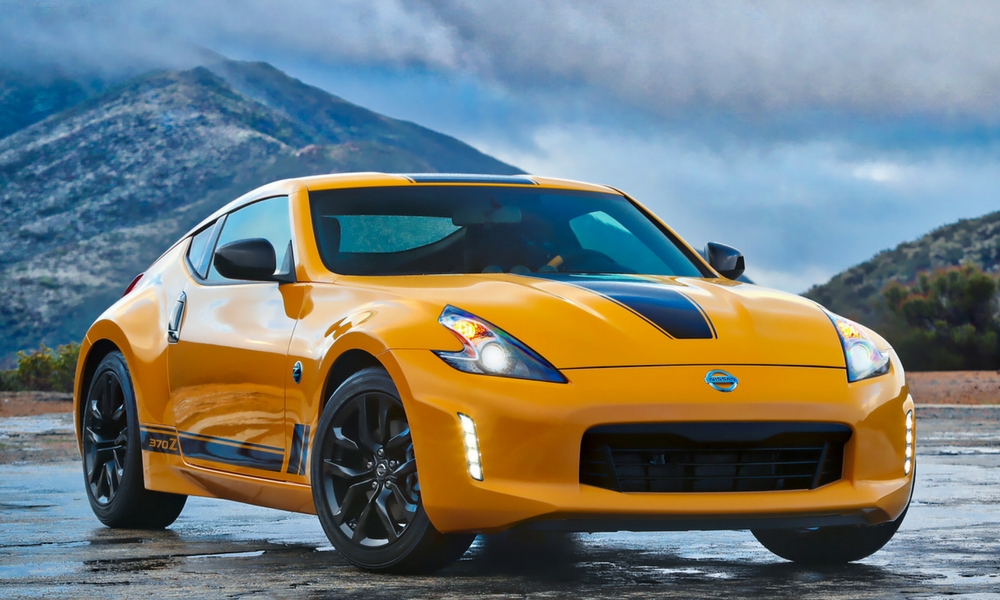 This week, Nissan unveiled a revolutionary new sports car. Just kidding. Nissan just announced a new edition of the 370Z. It’s called the Heritage Edition, which is ironic. After all, considering the 370Z has been pretty much unchanged since 2009, you could argue all versions of the 2018 model are “heritage editions.”

When this thing hits the New York International Auto Show, it’s really not going to make a splash. After all, it’s just a 370Z Coupe with either Chicane Yellow or Magnetic Black paint, plus striping. It also wears the same cosmetic changes the rest of the 2018 370Z lineup features, in an attempt to cover up an embarrassingly aging platform.

To help you remember how special the Heritage Edition model is, the car features yellow trim for the interior. Other than that, it’s just a regular version of the vehicle. You can get an Exedy clutch with the manual version, which is… interesting. No pricing has been released, but it will be north of the $30,855 starting price for the base 370Z.

You know what would’ve been really great, Nissan? A more affordable and modern sports coupe, or even a roadster. After all, the 370Z’s competitors are all rolling out more powerful, efficient and modern platforms, again, while Nissan is still pushing this dinosaur.

Continue Reading
You may also like...
Related Topics:Nissan, Nissan 370Z