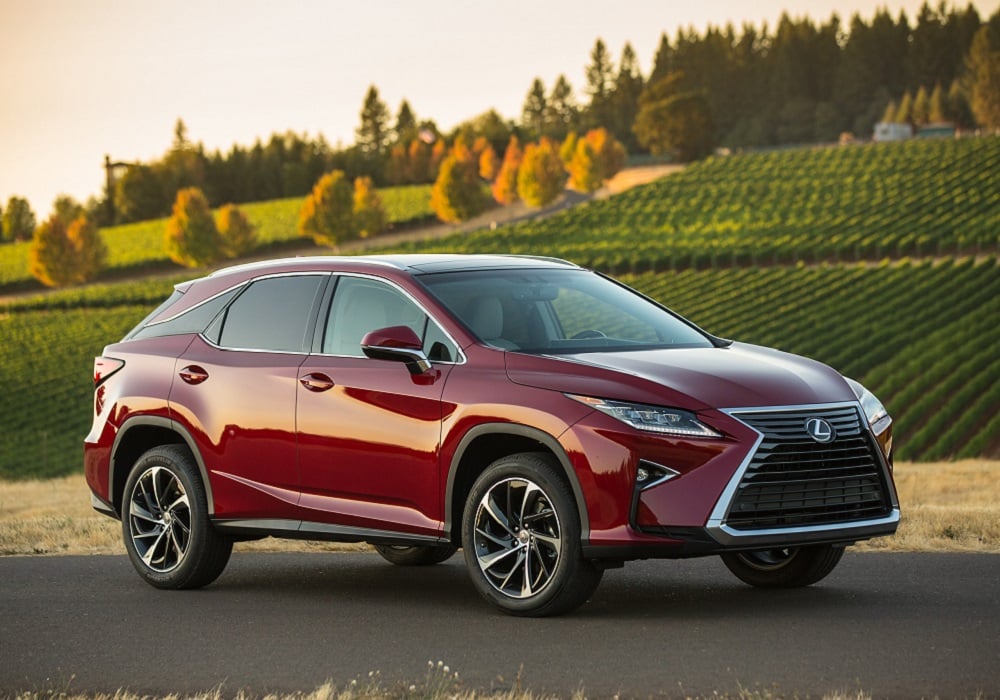 Warmed over Toyota is no longer a thing with Lexus models, as the Japanese luxury automaker has put enough room between it and its parent company to remove this stigma. Recently, I got my first chance to try out the popular Lexus RX 350, and, despite sitting on the same platform as the Toyota Highlander and Camry, it felt surprisingly un-Toyota-like.

The new Lexus look was the automaker’s first step in separating itself from its parent company. The Lexus RX 350’s sharp body lines, large spindle grille, and sleek headlights give it a unique look that few in the luxury segment can match. Can it be a bit loud relative to the BMW and Mercedes-Benz models of the world? Yes, but that’s the point — Lexus wants to stand out in an otherwise vanilla segment.

Inside the RX 350, there is plenty of room for everyone. The front seats are large, supportive, and comfortable. The rear seats have plenty of legroom and lots of shoulder room for teens and adults. Heck, even with a pair of car seats in the rear, you can still stuff someone in the middle seat. Because my tester had the Premium Package ($960) it also came with leather-trimmed seats, seat-position memory, and more, adding to its comfort. If there was one area of critique, it was that the center console intrudes into the driver’s leg space a bit, making it a tad tighter than it should be. It was nothing outrageous, but it was noticeable. Also, I would like to see a third row in a crossover of this size — the RX 350 has only two rows.

While my RX 350 is filled with all sorts of advanced technology, including the optional navigation system with 12.3-inch display ($2,120), its Remote Touch Interface is ridiculously difficult and just needs to die already.

Under the 2017 RX 350’s hood is a 3.5-liter V-6 powerplant that cranks our 295 horsepower and 267 pound-feet of torque. That’s not much power compared to others in its class, and its 7.5-second 0-to-60 time is so-so, but this V-6 is buttery smooth and easy to handle, which many of these modern turbocharged engines cannot claim. Helping out in its smoothness is its slick eight-speed automatic transmission.

Overall, my week in the RX 350 was a pleasant one, though I did crave a bit more performance. There was plenty of room for cargo, lots of seating for five people, and smooth power delivery, making it a great option for the average buyer.