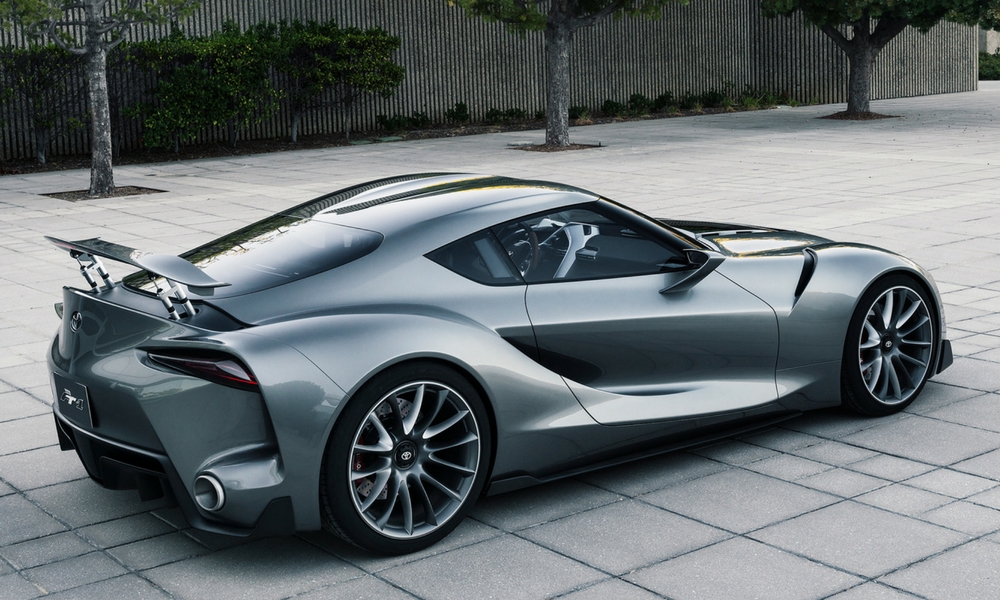 Autocar recently speculated on the upcoming Toyota Supra relaunch. Not surprisingly, it claims Toyota has been using hybrid technology in its race vehicles, hinting that the new Supra will be a hybrid. Considering Toyota is the king of hybrids, and people have finally learned hybrids can be tuned for awesome performance, this is kind of a no-brainer.

Having all kinds of extra torque from a standstill will only help Supra owners do awesome launches.

Then Autocar goes on to suggest something completely ridiculous. The report claims the head of Toyota’s Gazoo Racing division said the new Supra will be badged a Gazoo, which will become the new performance sub-brand for Toyota.

Yeah, the Gazoo Supra. Or maybe the Supra Gazoo.

Maybe that would work as a JDM, but here in the States the name’s a little too… exotic.

In any case, it was hinted at that Toyota might be working on a whole lineup of hybrid performance cars, whether they’ll be called Gazoos or not. That lines up with past rumors that Toyota’s working on two more sports cars. Some even claim one of those will be a mid-engine, rear-wheel-drive model called the MR2.

Would any American consumers avoid the new Supra if it were called the Gazoo? What kinds of jokes could circulate on Twitter about the name? This is all so very exciting, because Toyota maybe has lost its mind.