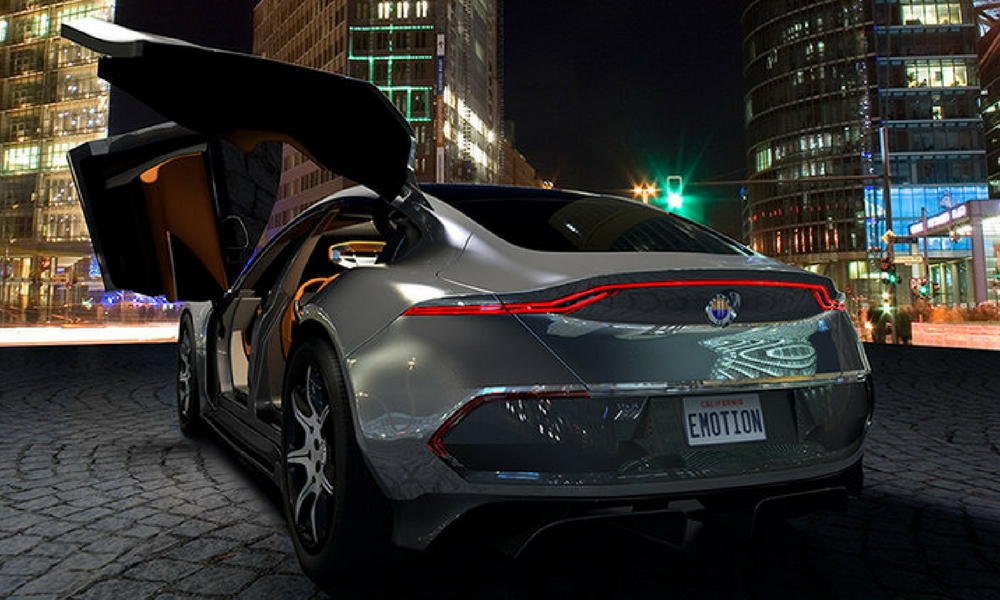 Electric cars are evolving quickly, and we’re about to see the potential next leap forward with the Fisker EMotion. Chief among the details Fisker has released is a 400 mile-plus range, thanks to graphene electrodes for the lithium-ion battery. A while ago, I wrote about how researchers at the University of California had developed a revolutionary new battery tech, and this is it.

To say this is a huge step forward for EVs is an understatement.

We’ll see the final production form of this sedan on August 17. That’s during Monterey Car Week, so it’s possible the reveal will take place there.

Fisker is also looking to out-crazy the doors on the Tesla Model X. The rest of the EMotion’s exterior looks sleek, athletic, curvaceous – all those good marketing terms automakers love to throw around.

This new electric sedan has been developed with the help of VLF, a company Bob Lutz started. We know nothing about pricing, or when deliveries will begin. That info is probably coming at the August reveal, but expect the cost to be about on par with the top Tesla Model S options.

If the EMotion is a hit, Fisker will likely be following it up with more models, growing the American auto industry further. The most likely option will be something to go against the Model 3 and Chevy Bolt.