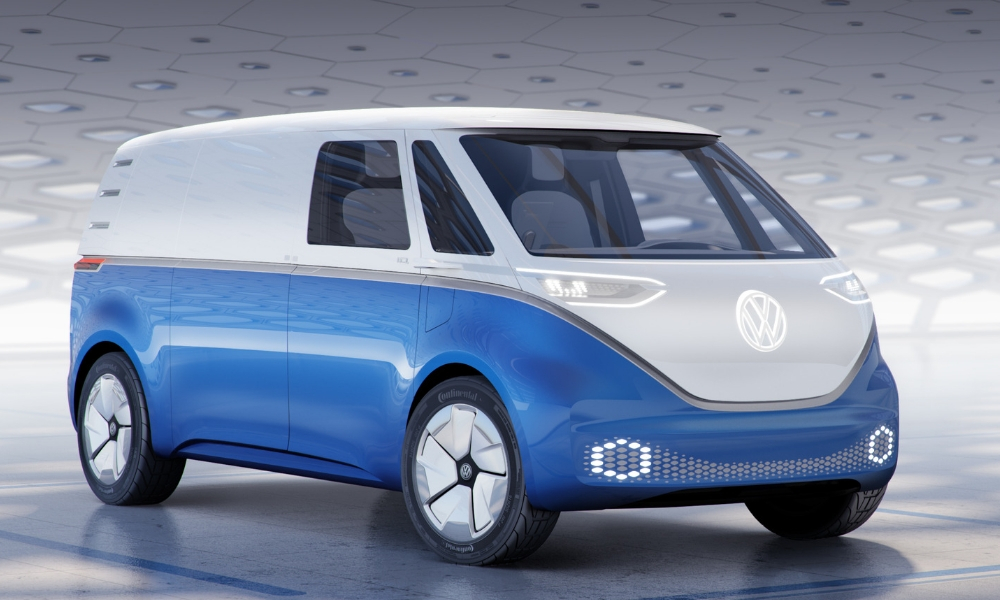 Everyone got really excited when Volkswagen unveiled the ID Buzz electric van, which is a huge throwback to VW vans of old. The vehicle is coming to market soon, and now Volkswagen is showing what it can do as a commercial cargo van.

First off, with no engine up front, a rear overhang that’s 4 inches longer than the passenger version, and the electric powertrain contained in the chassis, cargo space is massive for the ID Buzz Cargo concept. Payload capacity sits at 1,760 pounds. It also packs the biggest battery possible, so Volkswagen estimates range to be over 340 miles on the WLTP cycle, which isn’t bad. The van will definitely work for in-town deliveries and the like, which is perfect.

Things get crazier from there. A solar roof helps with range, while rear wing doors open wide for loading/unloading cargo. An augmented reality 3D HUD, side-view cameras, and Level 4 autonomous drive system are also included on the concept. VW adds a digital cargo system that leverages the internet of things, possibly letting companies track articles in the van in real time.

This concept is obviously about Volkswagen flexing its muscle and reminding us that a bunch of VW EVs are coming. But it’s admittedly pretty cool, so that’s OK.