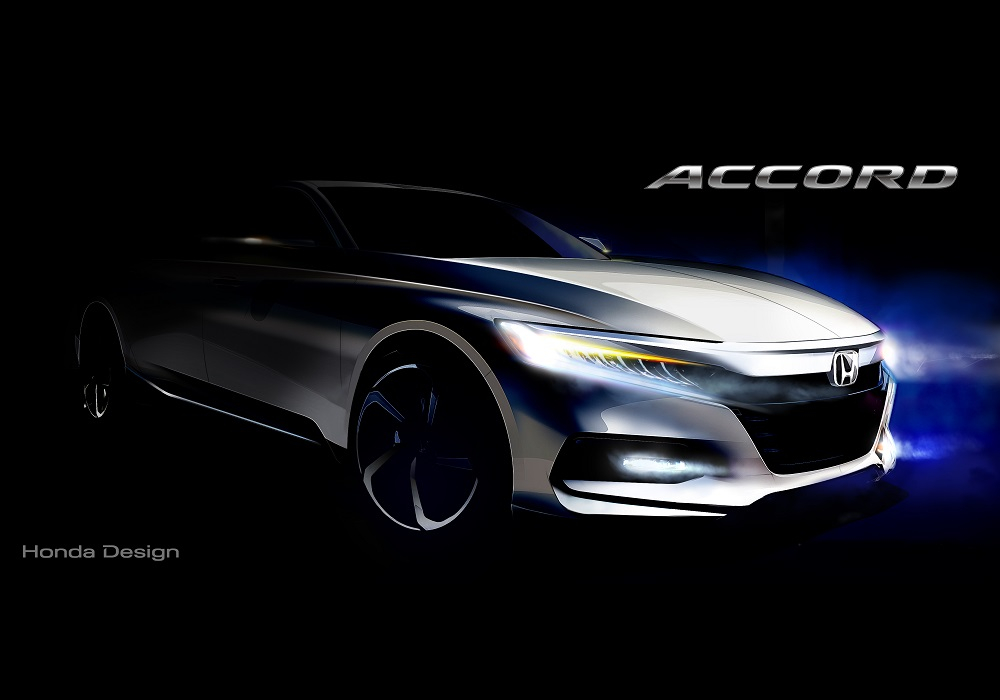 It’s no secret that the 2018 Accord will usher in an all-new generation — the 10th generation, to be precise. But up until now, Honda hasn’t put an official date on its unveiling.

According to the latest press release from Honda, the 2018 Accord will make its debut in Detroit on July 14., 2017. Honda will live stream the debut here at 11:00 a.m. EDT, so the entire world can get a glimpse at what the automaker is calling the “most fun-to-drive, premium and dramatically styled Accord ever.”

Along with the announcement of its debut, Honda also released a concept sketch of the new-gen
Accord. From the images, you can see that the new Accord will boast a bolder chrome bar in the grille, much like the Civic, a larger center air inlet, widened fog light housings, more pronounced ridges on the hood, and full-LED headlights.

Honda’s already announced a few details on the Accord’s under-hood bits, but it kept the juicy details to itself. What we know is that the new Accord will boast a pair of turbocharged engines. I assume we’ll see a roughly 180-horsepower 1.5-liter turbocharged four-pot as the base engine and a version of the Civic Type R’s 2.0-liter turbocharged engine, albeit with its wick turned down to around 275 to 300 horsepower.

Handling shifting duties will be three transmission options: a six-speed manual, a continuously variable transmission, and a 10-speed automatic.

Honda should release most of the details, including those on the powertrain, during its July 14 debut. Stay tuned for updates.

Continue Reading
You may also like...
Related Topics:Accord, Honda, Sedan