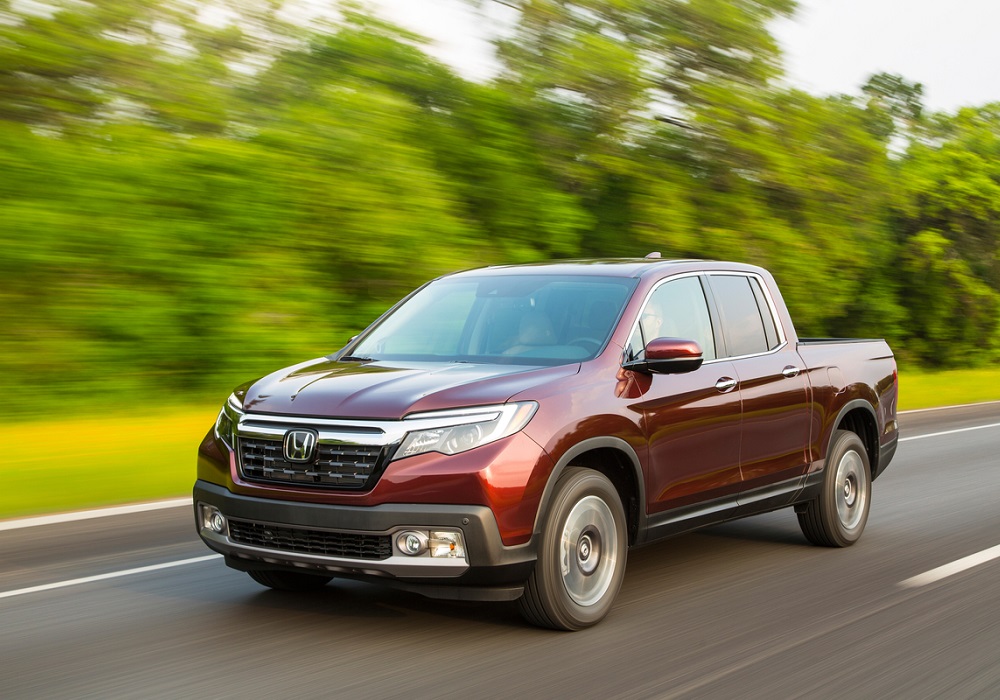 When fuel prices plummeted in recent years — relatively speaking, of course — pickup truck sales soared. Of course they did… I mean gas prices never go back up, right?

Well, here we are with premium prices tickling the $3-per-gallon mark across the nation, and pickups are losing steam a bit. But if you’re in the market for a pickup, you would do yourself a great service by buying one that gets at least decent fuel economy.

To help you in your decision-making, we’ve listed the nine most fuel efficient pickup trucks for 2018 below. Keep in mind, though, these fuel economy numbers are just the starting point — they will vary as you start changing powertrain and body configurations. Is it really a shocker that one of the smallest pickups on our list is also the most fuel efficient? It really shouldn’t, especially considering the GMC and Chevy cousins also have optional diesel engines. No, these aren’t some torque-laden tow monsters. Instead, they are tuned to deliver a sweet balance between capability and efficiency.

With this 2.8-liter diesel powerplant, these pickups deliver a thrifty 22 mpg city, 30 mpg highway, and 25 mpg combined. For those who can’t afford the extra cash the diesel engine calls for, the GM cousins’ other powertrain options deliver decent fuel economy too, including up to 22 mpg combined with the standard four-cylinder and up to 20 mpg combined with the 3.6-liter V-6 engine. Despite being a full-size pickup, the 2018 Ford F-150 is surprisingly high on our list. In fact, it bests the majority of the midsize pickups out there. Of course, this is only valid with the base 2.7-liter turbocharged V-6 engine. The Honda Ridgeline and its crossover platform and powertrain roll in at No. 3 on our list. Shockingly, the Ridgeline cannot hang with the F-150 in city fuel economy at 19 mpg. It does, however, match the F-150’s 26 mpg highway and 22 mpg combined ratings.

The big downside to the Ridgeline is that it almost masquerades as a truck because its crossover-like platform suffers in towing and payload. Not that anyone’s about to toss a ton of gravel in the bed of this pricey midsize pickup anyways. Despite having a base four-cylinder engine, the 2018 Toyota Tacoma leaves a lot to be desired in terms of fuel economy. Actually, the base four-pot isn’t even the most efficient of the Tacoma’s engines. This ancient four-cylinder is the best engine in the city at up to 20 mpg, but the 3.5-liter V-6 takes the top spot on the highway at up to 24 mpg and matches the four-pot’s up to 21 mpg combined rating.

One area the Tacoma excels though is build quality. Toyota’s been in the midsize pickup game longer than anyone and knows a thing or two about building a bulletproof truck. Like the Tacoma, the Nissan Frontier has been in the midsize pickup game for some time now. But unlike the Tacoma, it is long overdue for an overhaul, and there are rumors that the next-gen Frontier could include a thriftier diesel option, a la its big bro, the Titan XD. Unlike their full-size rival, the F-150, the Chevy Silverado and GMC Sierra use non-turbo base engines, leaving a bit of a gap in official EPA testing. The base 4.3-liter V-6 engine in these GM cousins delivers up to 18 mpg city, 24 mpg highway, and 20 mpg combined. If you’re looking for V-8 power, the 5.3-liter V-8 engine pushes economy down a bit to 19 mpg combined. Opting for the range-topping 6.2-liter V-8 engine drops the fuel economy even further to 17 mpg combined.

That said, if you want V-8 power and V-6 fuel economy, you can opt for the hybrid model, which combines the 5.3-liter V-8 and an electric motor to push fuel economy up to match the 4.3-liter V-6. In 2017, the RAM 1500 was the most efficient of the full-size pickups, thanks to its 3.0-liter EcoDiesel engine that delivered up to 20 mpg city, 27 mpg highway, and 23 mpg combined. However, RAM still has yet to add that engine into its available configurations in 2018. Yes, the EPA froze the sale of the EcoDiesel engine briefly after the Volkswagen scandal, but it returned later in the 2017 model year. So, its absence in 2018 remains peculiar to say the least. The Titan pulls up the next to last in our list, but its placement may be temporary, as there is supposedly a base V-6 engine in the works that promises to be easier on fuel. Until that debuts, though, buyers are stuck with the pickup’s 5.6-liter engine that delivers just 15 mpg city, 21 mpg highway, and 18 mpg combined. Toyota is notorious for its fuel-efficient vehicles, so it must have a lock on the thrifty pickup market, right? You couldn’t be further from the truth. The Tundra is dead last on our list due to its standard 4.6-liter V-8 engine that can muster up just 15 mpg city, 19 mpg highway, and 16 mpg combined. Moving up to the 5.7-liter V-8 engine makes it even worse at up to 13 mpg city, 18 mpg highway, and 15 mpg combined.