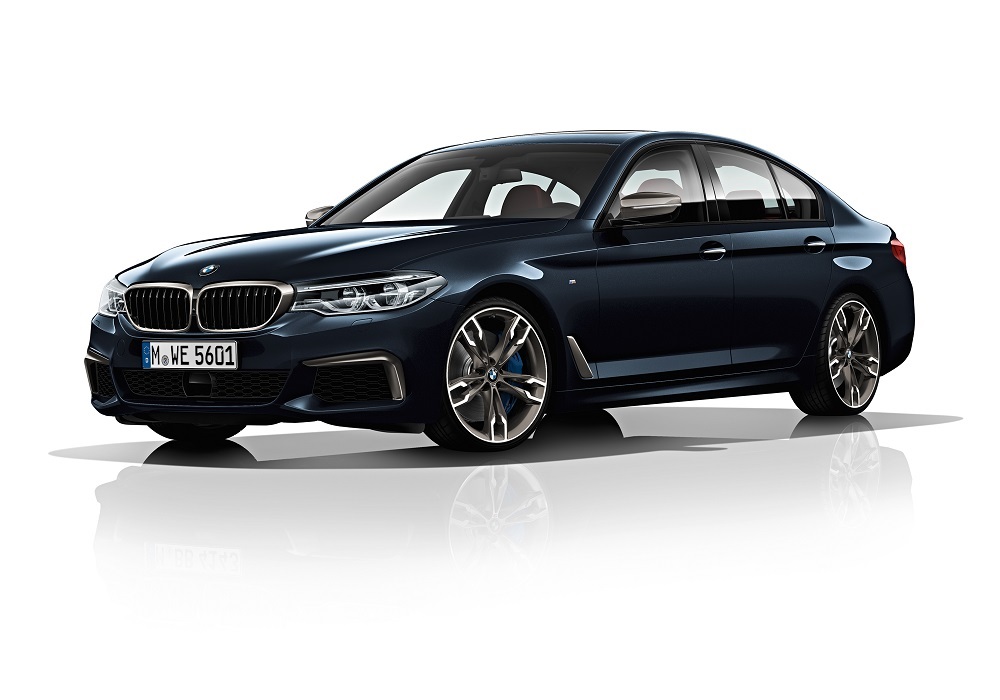 BMW has officially lost its damn mind… and I love it. Today, the Bavarian automaker revealed the latest diesel-fueled 5 Series, and it is nothing short of sheer insanity.

Meet the 2018 BMW 550d xDrive, which happens to be a member of the M Performance family.

Let’s Dive into the craziness from the top. This 5 Series features a 3.0-liter straight-six diesel engine with four (yes, FOUR) turbochargers bolted to it. These four blowers put the six-cylinder’s output at a very un-diesel-like 400 horsepower and 560 pound-feet of torque. This output makes this new diesel engine the most powerful six-cylinder oil-burner in the world. The power heads to all four wheels after going through an eight-speed Steptronic transmission.

On top of having incredible straight-line performance for a diesel, the 550d xDrive sedan will get an estimated 40 mpg combined, while the Touring model will get 38 mpg combined. Of course, those are European estimates, which rarely ever transfer over to U.S. testing – not that this model will ever be available in the States anyways.

No M Performance model is complete without some chassis upgrades, and the 550d xDrive complies with its standard M sport suspension that’s 0.4 inches lower. It also includes 19-inch light-alloy wheels with 245/40R19 tires up front and 275/35R19 tires out back, and M sports brake calipers finished in a metallic blue with the inscription.

Inside, buyers can opt for additional sporty features, including available M sports seats wrapped in Dakota leather or fabric and Alcantara, and a sports leather-wrapped steering wheel.

Pricing on this wild diesel remains unknown for now, but we should learn more in the coming months. As I mentioned, this model will, unfortunately, never cross the pond to the U.S. Stay tuned for updates.