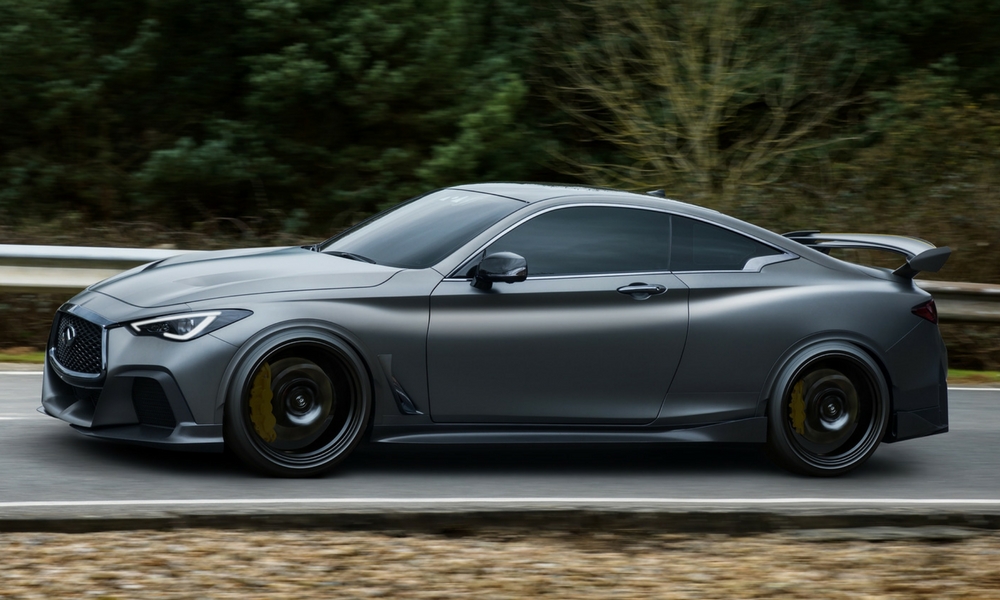 While Nissan is piling on the boring to its lineup, Infiniti seems to be going in the opposite direction. The latest evidence: a production version of the Q60 Project Black S is supposedly in the works.

If you don’t recall, this compelling concept first appeared in Geneva earlier in the year. Thanks to an interview Bernard Michel, the boss of Infiniti Australia, had with Drive, we know the Q60 Project Black S is supposed to be at an “advanced” stage of production form.

Exactly what that means is free for you to guess, other than that Michel is saying a production model is coming, and soon. It would be a halo model, something Infiniti has been severely lacking. Previously, the beautiful and amazing Q50 Eau Rouge concept was going to fill those shoes, but that plan was scrapped. Fortunately, the Q60 Project Black S should be pretty cool.

The Renault Sport Formula One team helped develop the concept, so it has quite a bit of street cred. Instead of just being all-motor, the 3.0-liter twin-turbo V-6 engine works with an electric motor to whip out somewhere in the neighborhood of 500 horsepower. We don’t know much about the powertrain setup, because a hybrid can be configured all sorts of ways. The involvement of Renault Sport Formula One could mean the kind of hybrid configuration being used for Formula One cars right now, with one electric motor assisting the engine, and another assisting the turbos. We’ll see.