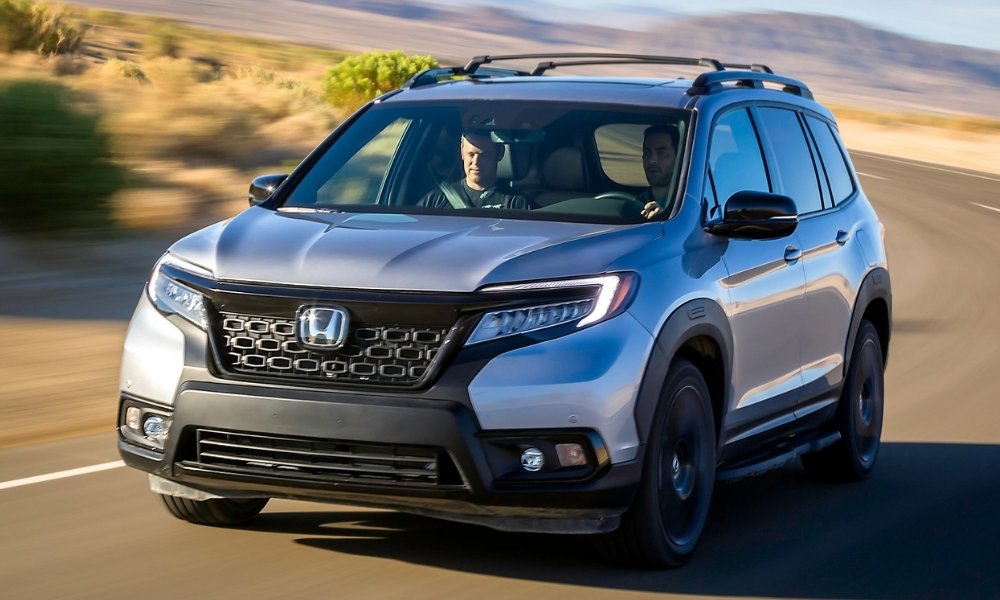 Honda started a tease campaign ahead of revealing the new Passport, which isn’t a badge-engineered Isuzu this time. In that campaign, Honda hinted at the Passport being a legit off-roader, perhaps akin to the Toyota 4Runner or the late Nissan Xterra. Now that the final product has been revealed, it’s actually quite disappointing.

Essentially what we get is a five-seater Honda Pilot. It features torque-vectoring all-wheel drive for those times when it’s raining after soccer practice, plus an aggressive front grille that will really intimidate everyone in the mall parking lot. With a whopping 7.8 inches of ground clearance, it’s just enough to make you feel confident to go on a rugged trail, then leave you hung up on a nice big rock. Oh, and Honda says the approach/departure angles are 20.6 and 26.8 degrees, respectively, with no mention of the breakover angle, which is probably even less impressive. Yikes.

But the Passport will probably sell like hot cakes. Consumers seem to love quasi off-road machines that are more at home in suburbia than in the wilderness. Honda’s 3.5-liter V-6 provides a nice 280 horsepower and 262 lb.-ft. of torque. The back window is large enough to accommodate a stick figure family of five, plus maybe a dog and some other clever stickers. Plus, there are Adventure and Urban accessory packages for people who really want to feel like they’re leading the active lifestyle, but they don’t come with anything particularly rugged.

While not as sexy as one might’ve hoped, the Honda Passport is no doubt a solid business move.

Continue Reading
You may also like...
Related Topics:Honda, Honda Passport