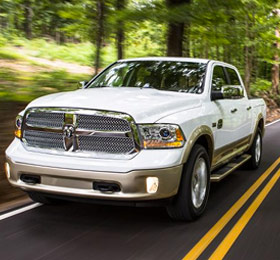 The EPA estimates fuel mileage for a two-wheel-drive Nissan Titan to be 13 mpg in the city, 18 mpg on the highway and 15 mpg in combined driving. Adding four-wheel-drive to the truck drops those numbers to 12 mpg city, 17 mpg highway and 14 mpg combined.

The Ram 1500 comes in with the best fuel mileage with its V6 engine, an important point for anyone concerned with fuel costs.